Work with us to eliminate child poverty

Government shouldn't sit on $7.5b surplus while families need help 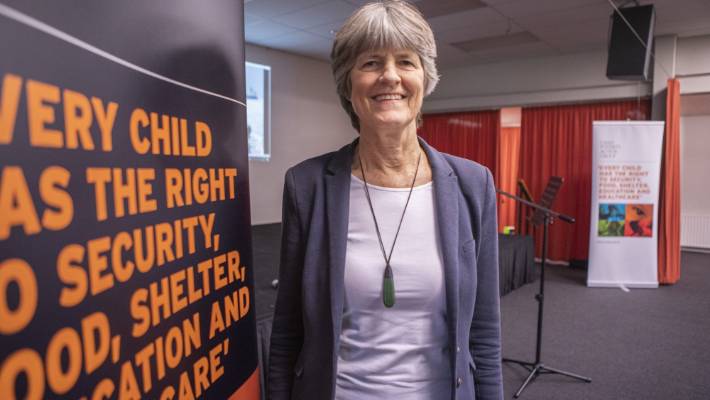 This article was originally published on October 12, 2019  www.stuff.co.nz and is republished with permission of the owner

It's a surprise that offers a clear opportunity to make real improvements in the health and lives of all of our children. That can't come soon enough - we have had decades of neglectful policy and rundown social services spending. Far too many New Zealanders have suffered the health and social impacts of poverty. Many have not survived them.

That $7.5b means there is now no excuse to delay implementing many of the absolutely vital changes recommended in February 2019 by the Government-appointed Welfare Expert Advisory Group. Changes that will restore wellbeing and opportunity for the vast number of children who are living in deeply entrenched poverty, here in the land of plenty.

It has been disappointing to see how slowly the Government has moved on the Welfare Expert Advisory Group (WEAG)'s clear recommendations. Now we all know they can easily afford to move with big steps and with urgency. They can afford to ensure that all families have enough income to live dignified lives and keep well when they fall on hard times. They can afford to ensure that these children are no longer victims of discrimination.

That $7.5b means there should be sufficient funds to expand the Healthy Homes Initiative that has begun to improve the health of many children in families with very low incomes, and to ramp up efforts to ensure that every child has a healthy, secure home.

That $7.5b means quicker steps can be taken to fix the massive holes in our health, disability, education and justice systems.

Because what else is the point of being good with the books when we still have 174,000 (1 in 6) children living in the worst of poverty? When we still have tens of thousands of children each year admitted to hospital with preventable illnesses caused by that poverty? When we have measles epidemics, and rates of rheumatic fever that are normally only seen in developing countries?

Valuable recent initiatives have not been enough to reach these children, largely those living in households supported by welfare benefits. Instead their families are forced to take on debt, to stand in queues at food banks, and regularly have appointments with budgeting advisers who have the impossible task of helping people budget when there simply isn't enough money to start with.

This Government, this Prime Minister, knows that an economy exists in service to society. Economic growth, surpluses, low debt, none of these things are some kind of absolute good in themselves. What is an absolute good is the quality of life we provide our people, and the opportunities for a future that we offer our children. Our Prime Minister's honorable vision is for New Zealand to be "the best place in the world for children and young people".

Never before has there been a better opportunity to realise this aspiration than with this budget surplus.

The Government can make it possible for everyone to do well - and that is the true measure of a healthy economy. Success will hinge upon whether children in poverty, whose parents are struggling so much today, can look back and be inspired by the leaders of this country who tore down the walls that kept their families in poverty so that their dreams and potential could be unlocked.

The day after the surplus was announced, Jacinda Ardern sent out a campaign email to supporters celebrating how well her Government was managing the economy.

The email from the Prime Minister I'm really looking forward to is the one congratulating the Government on lifting hundreds of thousands of New Zealanders out of despair by increasing benefits and improving Working for Families. I'd say that 174,000 children in the worst poverty would prefer to see that too.

Innes Asher is a Professor of Paediatrics Auckland University and a Welfare Expert Advisory Group member, as well as Health Spokesperson for CPAG